You can Download Samacheer Kalvi 12th Maths Book Solutions Guide Pdf, Tamilnadu State Board help you to revise the complete Syllabus and score more marks in your examinations. 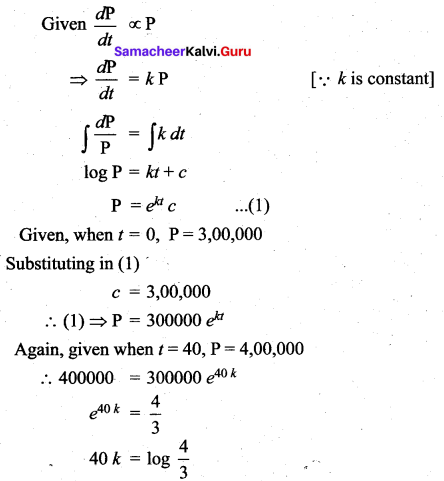 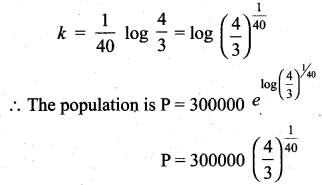 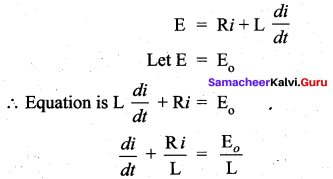 This is a Linear differential equation 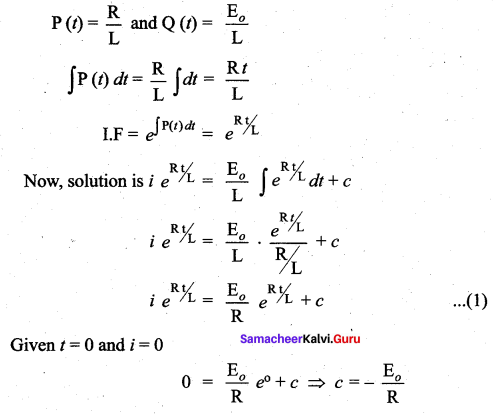 Question 4.
The engine of a motorboat moving at 10 m/s is shut off. Given that the retardation at any subsequent time (after shutting off the engine) equal to the velocity at that time. Find the velocity after 2 seconds of switching off the engine.
Solution:
Given, the retardation experienced by a moving motorboat after its engine is shut off is given by 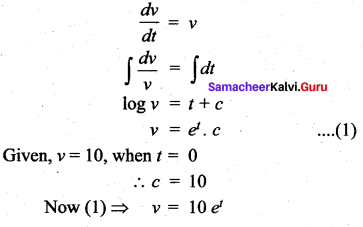 Question 5.
Suppose a person deposits 10,000 Indian rupees in a bank account at the rate of 5% per annum compounded continuously. How much money will be in his bank account 18 months later?
Solution:
Let P be the principal
Rate of interest 5 % 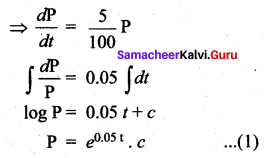 of the radioactive elements will remain after 1000 years. 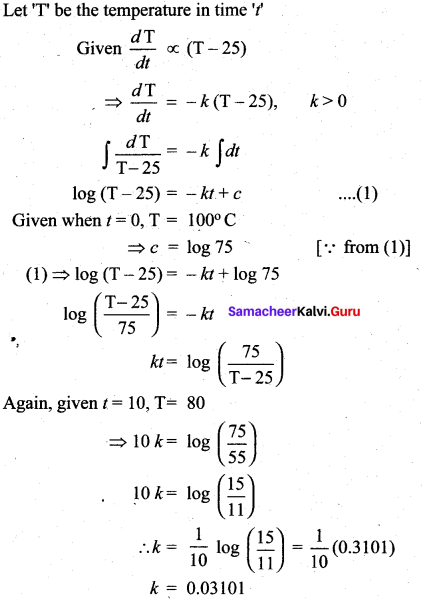 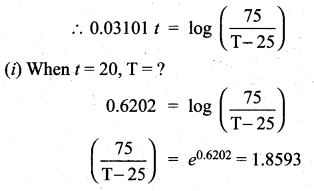 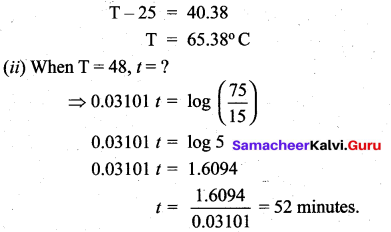 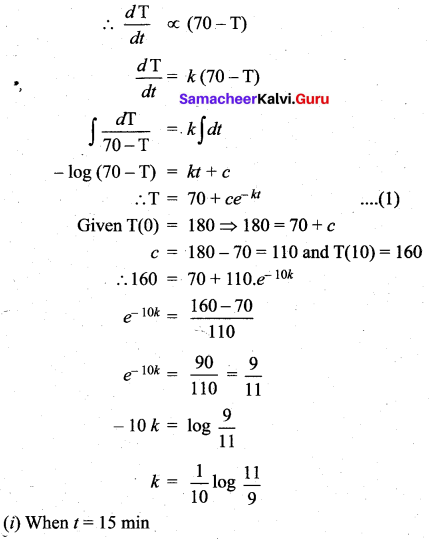 Question 10.
A tank initially contains 50 liters of pure water. Starting at time t = 0 a brine containing 2 grams of dissolved salt per litre flows into the tank at the rate of 3 liters per minute. The mixture is kept uniform by stirring and the well-stirred mixture simultaneously flows out of the tank at the same rate. Find the amount of salt present in the tank at any time t > 0.
Solution:
Let ‘x’ be the amount of salt present 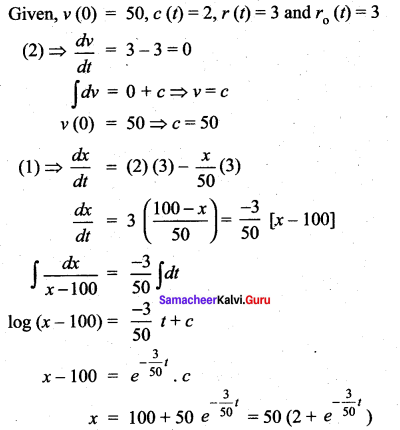 Since the tank initially contains only pure water, the initial amount of salt is zero. i.e., x (0) = 0

Question 3.
The sum of Rs. 1000 is compounded continuously, the nominal rate of interest being four percent per annum. In how many years, will the amount be twice the original principal? [loge 2 = 0.6931]
Solution:
Rate of interest = 4 % 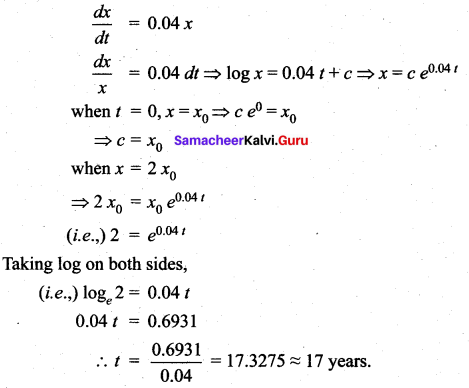 Question 4.
A cup of coffee at a temperature of 100° C is placed in a room whose temperature is 15° C and it cools to 60° C in 5 minutes. Find its temperature after a further interval of 5 minutes.
Solution: 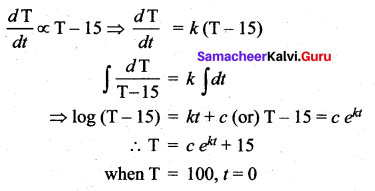 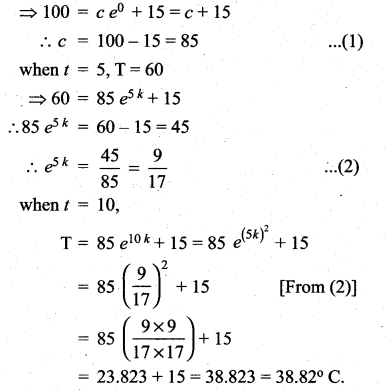 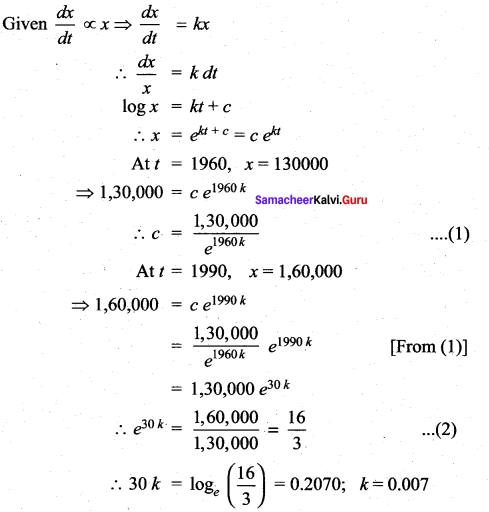