Battlegrounds Mobile India (BGMI) hails from the “survival of the fittest” Battle Royale genre. Guns and ammunition play a crucial role in Battle Royale games, and the damage dealt from the weapons often determines the outcome of a fight.

A BGMI player has plenty of choices to choose from when it comes to guns. One may choose from Bolt Action Snipers, Machine Guns (LMG, SMG), Assault Rifles (AR), Shotguns, or Pistols. Even the Dedicated Marksman Rifles (DMR) are a good choice.

Classic match mode is the best as it examines the gun power of a player in various fighting scenarios. Every player has their own choice, but most players opt for guns with higher damage in the larger scenario.

Which are the 5 guns with highest damage in Battlegrounds Mobile India (BGMI)?

AWM is a weapon that can change the course of a BGMI match within seconds. As Ocean Sharma often says, “AWM is not just a gun, it is a responsibility.” A single-shot sniper, AWM’s 300 Magnum bullets travel the farthest.

It is the only gun in BGMI that can knock an enemy down even when he has worn a Level 3 helmet. AWM is an exclusive airdrop weapon.

Karabiner 98k has been used in warfare since the Second World War. In BGMI, too, the Kar98K is a favorite among the snipers. Since the gun can be found all around the maps, it has become famous with players. A single-shot sniper, Kar98k, can take down an enemy wearing a Level 2 helmet.

MK14 is another airdrop exclusive weapon. MK14 is a true beast in the sense that it can be converted from a DMR to an AR with just a tap. BGMI players have witnessed the destruction an MK14 can cause in both close-range and long-range fights. 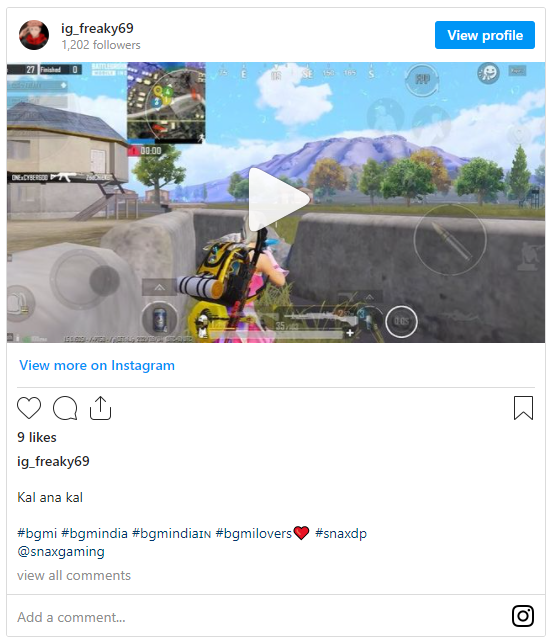 DP28 is a Russian Light Machine Gun. DP28 can be exclusively found on Erangel and Livik Maps in BGMI. Paired with a 4x scope, a DP28 burst can easily knock an enemy from far away. The only disadvantage while using DP28 is its long reload time.

The MK47 Mutant is a burst fire weapon. Often neglected as people choose ARs over burst fire guns, the first three bullets of this gun, if connected as headshots, are enough to knock an enemy down.